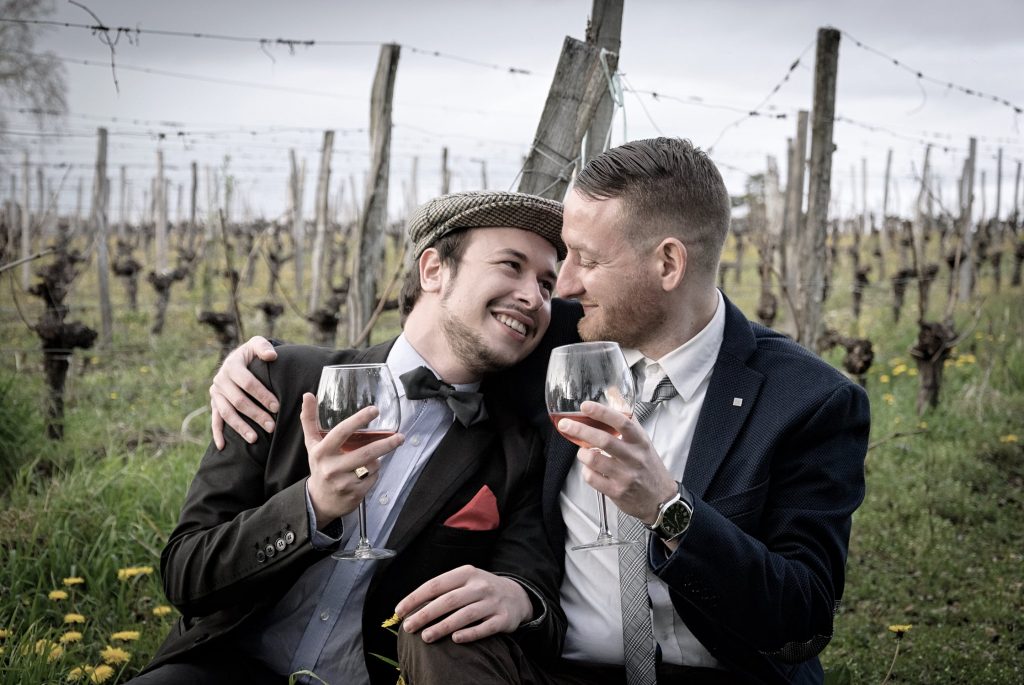 A relationship not working out is a sad moment for any person but especially for us gay men. We have a hard time as it is finding a partner and when it doesn’t work out it can be absolutely devastating.

I’ve worked with hundreds of couples throughout my career as a men’s life coach and counselor. While every relationship is, of course, unique there are some common themes I see consistently in gay relationships that don’t make it.  In this piece, I plan to go over them one by one.

#1 Starting The Relationship Too Quickly

The absolute without a doubt number one reason why so many gay relationships fail is that the relationship was entered into way too quickly. Don’t worry I know how it is. You find a guy you’re attracted to and can stand to be around and BAM! You want to start a relationship!

This is a natural feeling many of us have because the gay dating pool is just so small. In my Here’s What’s Holding You Back from Getting a Husband Article I discussed how less than 1 out of 10 persons is a gay man. So, of course, you may be tempted to jump as soon as you find someone remotely compatible

However, we must resist that urge if we wish to avoid heartbreak. Just because his d or his a was great that doesn’t mean he’s a suitable partner.  According to a recent study the marriages that last one the ones where the partners are also best friends.

The reasoning is that friends know how to resolve conflicts in a constructive way, and not to allow for hidden agenda to direct the course of the quarrel.  If you’re with a guy just because he has 8 inches your chances of success are very slim.

The only way to enter into a relationship with your friend is to TAKE-YOUR-TIME!

This is the second biggest problem I’ve observed in many gay relationships and it goes hand-n-hand with mistake #1.  Let me just say right off the bat that never have I seen a relationship gay or straight that is an even 50/50 split of expenses.

Almost always does one partner have more money than the other and that can lead to resentment and conflict. While a daddy/son relationship it should be expected that the daddy will shoulder a large portion of the expenses, when the partners are closer in age it becomes hairier.

“If I wanted to be a sugar daddy I’d get a young twink!”

It’s certainly understandable but there are things that can be done to resolve this conflict and no I don’t mean expecting the lower-income partner to be a servant!

Politics and religion are things people tend to be passionate about and something that the two partners should have in common. I just worked with a couple who after 15 years of being together and legally married for 3 they are getting a divorce because one found out the other voted for Trump.

That’s so sad to me. Neither Hillary Clinton or Donald Trump are going to help this couple out while they are in this difficult time yet they chose to let voting end their marriage although admittedly there were other problems as well.

Another instance was a  couple that split because the atheist kept looking down on the believer as ‘ignorant’. I asked the atheist if atheism was worth ending his relationship over and he simply responded: “I can’t be with someone that doesn’t believe in science”.

Even in the so-called ‘post-modern world’ in straight relationships, the women are subtly expected to and do, the bulk of the household chores. This becomes much more complicated when it comes to gay men.

Again in my experience, almost no relationship is 50/50 whether it comes to money or things like household chores. Almost always will one partner will do more housework than the other.

Expecting a simple 50/50 split in almost any aspect of the relationship, but especially a gay relationship is a recipe for disaster.  You two need to work out who will do what.

10% Off Any Membership at compatiblepartners.com with code GAYEXPAT for a limited time only!

“Communication is key” I’m sure you’ve heard this trope over and over again on any day-time television show that’s directed towards women.  Besides being a trope it’s just complete and utter bullshit.

If all you’re communicating is ‘my way or the highway’ guess what that relationship isn’t going to work. Flexibility is the key to fixing a bad relationship if it is indeed fixable.

Communicating to your partner that “I don’t like when you do this” will just make you seem like a nag and breed resentment in your relationship. The natural reaction when someone hears that is to retort with something that they don’t like about you and I think you can already see where that will go.

Flexibility means that you have to give up something you really really don’t think you should have to just to make the relationship work and working on the root of the problem.

For example, if your partner is spending more time with his buddies than he is you. Just coming at it head-on and demanding more of his time won’t work. If he does it at all it’ll just be temporary and you’ll notice him slowly shifting back to his old ways.

Because you didn’t solve the underlying problem.

If he’s spending less and less time with you then there’s a reason for it. A lot of times, most of the time actually, just asking him ‘why don’t you spend as much time as you used to’ isn’t going to get the real reason either.

What I suggest to a lot of gay couples where one partner is complaining the other isn’t spending as much time, as he used to, is for the complainant to begin his own process of not being attached to him.

Often if you show him that you don’t need him and are prepared to move on that’ll compel him to come to the table and discuss the actual problem or just stop taking you for granted rather than demanding more of his time and being even more clingy which is what most people do.

This wouldn’t be a good gay blog if sex didn’t come up at least once. Sex can be a big reason why gay relationships fail. Sometimes there are problems with erectile dysfunction. If that is an issue I recommend trying home treatments before going to big pharma. Viagra can kill you by the way.

Another issue is one partner letting himself go which causes the other partner not to be attracted to him any longer.  Guys, we can’t control our age but we can control your weight. There are plenty of ways to stay in shape right at home in less than 30 minutes a day.

As I’ve said many times men are highly visual therefore keeping your body in good shape will go a long way to maintaining a good loving lasting gay relationship.

I remember when my sister and I entered our teenage dating years and my mother sat us both down and started talking to us about dating. Among many other things the one thing that stuck out in my mind the most was when she told us ‘never leave someone for someone else, it’ll always backfire”.

Like every other teen, I figured she was just some old hag that didn’t know what she was talking about. Now many many years later, no need to say how many 😉 , Its clear she was right. Nowadays thanks to Instagram we have access to people’s best photos that they can take of themselves. It’s hard not to think if we just jumped ship and moved on the greener pastures (thumbs up for the mixed metaphor) that everything would be better.

The truth is I’ve never seen that work. I’m sure it has for someone but it’s never worked for me or any other person I know. Often the new guy has worse problems than your previous partner–you just don’t find out about them until later.

Relationships take work, period. But a good loving relationship is well worth any effort that’s required to maintain it. Having someone by your side who you know will be there when things get tough is the best feeling in the world.  If you want your relationship to work then just make an effort to be mindful of each other and keep your ego in check.

>>8 Tips to a Successful Gay Relationship

Find Hot Gay Men Near You Free! on Match.com 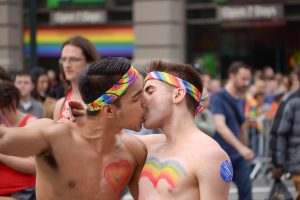